"Anastasia" was the first film created by 20th Century Fox Animation Studios in Arizona.  The film was produced and Directed by Don Bluth and Gary Goldman.  It was also the project that brought Philip to the United States from Canada. Philip was the Layout Design Supervisor on the film and it was on this film that Phil met the team of creative artists that make up the crew at GFLP Animation Studios. That was 17 years ago and they still work together today. Below are some of the paintings, designs and layouts from the film. 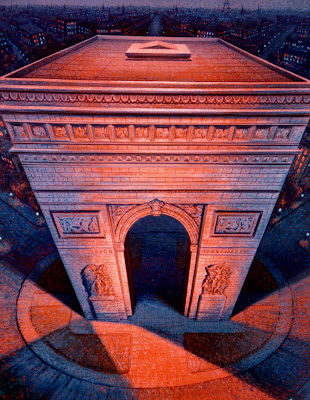